We’ll be even stronger next season – Speid 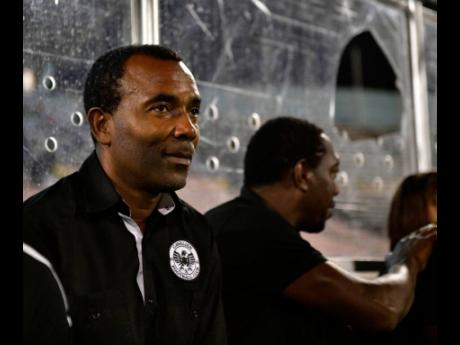 Having finished third in this year’s Red Stripe Premier League (RSPL) competition, Rudolph Speid, technical director of Cavalier FC, says his team will be a lot much more dangerous next season as they eye their first National League title in more than three decades.

Cavalier, who last won the title in the 1980-81 season, secured third place with a 1-0 victory over promoted side Mount Pleasant Football Academy at the National Stadium on Monday night.

Cavalier was the youngest team in this year’s RSPL competition with an average age of 22.

Speid told STAR Sports that this season was a good one for his team and his youngsters have benefited a lot from the experience, and they will be better prepared come next season.

“I think this season was a much better season than last year,” Speid said. “We barely scraped into the play-offs last season, but this season we were very assured, we went in there early,” he said.

“We lost two of our better players in January, so our form dipped a little. But at the end, you could see the old Cavalier starting to come back, but it came back a little too late, but we are grateful that we finished third this season.”

He added that he will be playing more youngsters next season because they have shown that they can compete well against their more senior counterparts.

“We have a lot of young players waiting in the wings to play next year, and we have gone in the market and have identified three players that we want to come to Cavalier for next season, so next year is going to be more of the same,” Speid said.